National parks were established in Queensland to protect the state’s natural heritage. This ethos continues to be at the heart of why protected area estates are established and managed around the world. For the past several decades in Australia, new areas for national parks have been identified and gazetted affording protection to threatened species and ecosystems. As the protected area estate in Queensland grows, so do the pressures and threats putting these unique areas at risk. In parallel, visitors in some parks are increasing, placing further pressure on park staff and infrastructure. This article explores why national parks are protected – for conservation or for visitors to enjoy?

Why were protected areas established?

As the environmental movement gained momentum during the 1960s and 70s, conservation issues began to come to the fore. New parks were established to build Queensland’s protected area estate. As the estate grew, so did questions regarding the purpose of establishing national parks. Does conserving the native species and ecosystems in these areas equate to preserving wilderness with no interaction with humans? The debate continues today as tourism thrives around many protected areas.

In a controversial paper published in Nature (2005) Hugh Possingham suggested ‘there were too many parks in Australia of little value’ and that research needed to be done to understand if national parks are the best way of protecting an area.

Since the inception of the first national parks, there have been competing land uses. From clearing of vegetation to introduction of pest species, managing national parks for conservation is difficult. National Parks in Queensland cover vast tracts of the state, often in remote areas. Maintenance and upkeep on infrastructure within the parks is ongoing and costly.  In parallel, infrastructure to support tourism (camping, day trips etc) is expensive and also requires ongoing maintenance.

Impacts of visitors on protected areas

The impacts to national parks from visitors varies depending on the sensitivity of the environment, the nature of the tourism activity and the behaviour of the individuals. Litter, pollution from detergents, fire, noise, artificial light, can all take a toll on protected areas. Catihog-Sinha (2008) goes further noting that if the relationship between tourism and protected areas is not managed properly, both the tourism and biodiversity can suffer.

In New South Wales, researchers studied the impact visitation had on abundance and diversity of bird populations (Densmore and French 2005). The results were mixed. Whilst a greater density of birds was observed in all of the recreation areas in the study, a lower species richness was also observed. 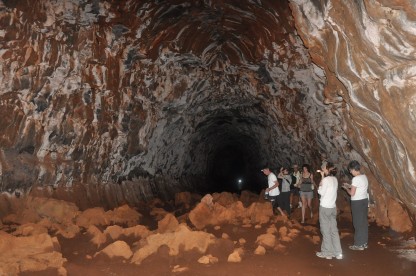 In Western Australia, researchers found that even at low use levels (informal campsites etc), recreation lead to changes in resource conditions in natural areas (Smith and Newsome 2002). Catibog-Sinha, C. (2008) went on further adding that species richness or biodiversity in protected areas attracts people (visitors). Siikamakj et al (2015) found that the most visited sites were found to overlap with areas of high habitat and species richness. This is likely explained by considering that visitors find a heterogeneous and diverse habitat more attractive and interesting that a monotonous one.

Visitors can however have a positive impact connecting protected areas with the local community in a truly sustainable way. In the United States, Zion National Park built a shuttle system to transport visitors into the park to ease the demand for parking within the park’s boundaries. In the process of developing a transport plan (the shuttle system, signage and corridors), the parks service also built a strong relationship with the local community (McCool and Spenceley, 2014).

In trying to understand the impacts of visitation on national parks, park managers need to move beyond anecdotal and observational information. Gaining access to environmental, social and economic information can facilitate a better understanding of levels and patterns of visitation. In parallel natural and physical science datasets can also be analysed.

Monitoring strategies can assist park managers in developing a proactive approach and mitigating measures to address any adverse impacts identified.  Catibog-Sinha (2008) highlight the importance of well-designed monitoring frameworks to ensure conflicts between recreational impacts and biodiversity conservation are resolved early on.

As the protected area estate grows in Queensland, perhaps it is time to look for innovative ways of finding and funding a balance between visitation and conservation. As Smith and Newsome (2002) highlight, managers of protected areas are now confronted with a complex challenge. Contemporary management of protected areas entails providing both protection of natural values and desirable recreation experiences for visitors.

McCool, S. F., & Spenceley, A. (2014). Tourism and protected areas: A growing nexus of challenge and opportunity.

This article, by Kirsty Leckie, Conservation Principal, NPAQ, has been reproduced with kind permission from Protected, the magazine of the National Parks Association of Queensland.  Issue 9 June – July 2016

By finiaadmin in National Parks Association of Queensland on February 3, 2017.
← Find a Frog in February! Collaboration in Action →