In the last couple of months many of you may have noticed the increasing number of shorebirds on our coastline as the birds return from their Siberian and Alaskan breeding grounds. But how many of you have noticed that there are less than last year, and that they are declining year on year?

Australia’s migratory shorebirds are true athletes in the avian world. They spend the Australian summer with us before departing in April and May for their marathon journey north. Most stop off and feed along the Yellow Sea coast of South Korea and China before their final move to their breeding sites in northern China, or further north in Siberia and Alaska. They then return, some species flying nonstop back to join us in Australia the following summer. 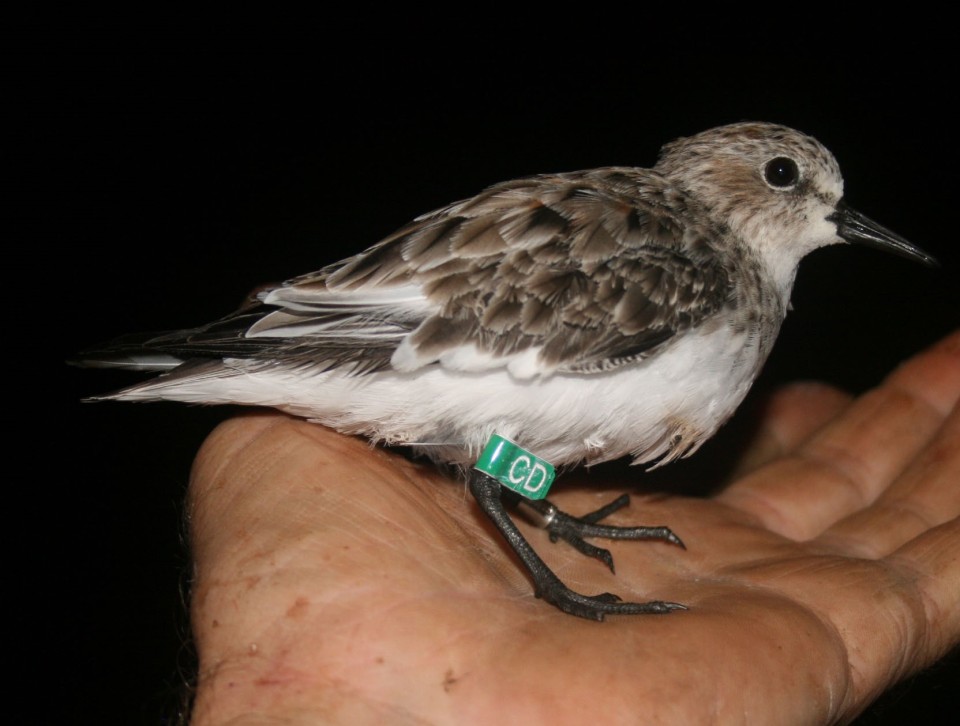 Another of our region’s remarkable shorebirds, the red-necked stint. Photo taken just prior to release, after banding.

We’re fortunate to have two protected shorebird areas in our region, Moreton Bay and The Great Sandy Strait, which ensures our shorebirds are protected while they’re here. Unfortunately this isn’t the case in the Yellow Sea, where land reclamation, disturbance and reduced sediment flow in rivers are all reducing the feeding areas for our migrating shorebirds. As a result many species are declining rapidly.

Regular counts in Great Sandy show that the curlew sandpiper has declined by 46% since counting began 22 years ago, and big declines have also been recorded for other species, such as the eastern curlew. This year, both of these species were raised to a status of “critically endangered” by the Australian government, and more species will follow.

The Australian government are using count and banding data to lobby governments to better protect these birds and their habitats in Asia. However, we also have a role to play locally to ensure shorebirds have safe havens here to feed, rest and prepare for their epic northwards migration. So please play a role in helping to support our protected areas, and if you are a regular beach goer, as many of us are, when you next see these remarkable shorebirds, please just give them a little bit of distance, to prevent disturbing them.