At the end of November 2012 the Fraser Island Defenders Organization installed monitoring poles in ten locations to measure the depth and rate of sediment accumulation, mainly as a result of road run-off.

This was the start of a project aimed to be developed, refined and expanded to subsequently establish data on the impacts and management issues of human environmental impact on Fraser Island can be based. 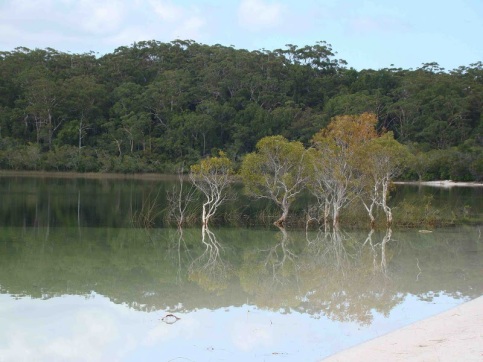 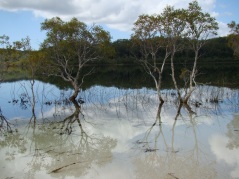 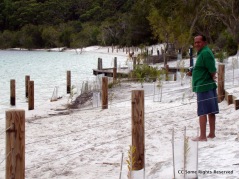 Lake McKenzie (Booranggoora) Beach Feb 2011. It had been modified by plantations, garden walls and fences

Lake McKenzie (Booranggoora) Beach Feb 2011 modified with fencing, matting over the sand and a plantation 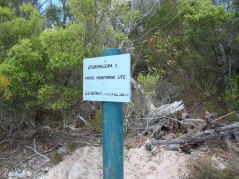 The location of Boorangoora Photo Monitoring pole on 15/3/13 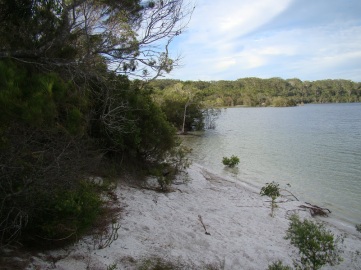 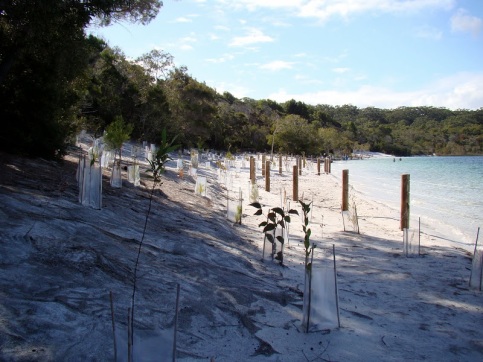 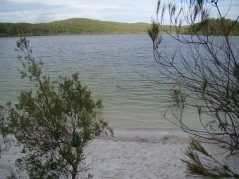 On 15 March 2013 the base of this melalueca, the focal point was under water

This melalueca focal point for Boorangoora 3 had water lapping it on s sides in 15 March, 2013 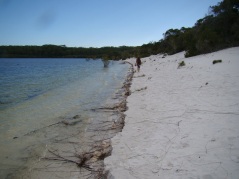 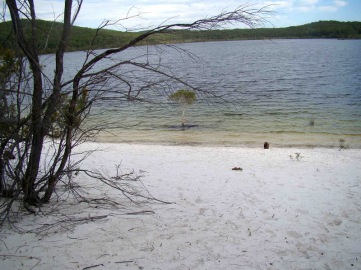 On 15/3/13 the same focal point, the base of the small melalueca was immersed in the lake