One of the exciting things about travelling, is the opportunity to visit the ‘best of the best’ – World Heritage properties, overseas.  I was privileged to spend two weeks in Sri Lanka last month and visited a number of world heritage and other sites representing both natural and cultural heritage.

So, what were the key lessons that could be applied to an Australian model?

Firstly, all the properties visited were branded as World Heritage.  Although the level of this promotion varied from site to site, properties were usually badged with either a UNESCO logo or signage.  The logo was also incorporated into some of the promotional materials. 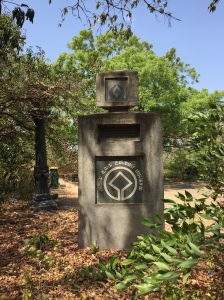 Entrance fees, with a different rate for tourists, were applied all managed sites such as the Temple of the Sacred Tooth, Kandy (LKR1000/$8.20), Dambulla Caves (LKR1500/ $12.30) and the Ancient City of Sigiriya (LKR4620/$37.85).  Entry fees appeared to be used by local site managers for either the management of the site, or, in the case of some Buddhist temples, for educational purposes.

World Heritage properties are very important for tourism and the local economy, attracting significantly higher visitation than their unlisted counterparts.  This was particularly noticeable at Galle Fort, a site built in 1588 by the Portuguese and then extensively fortified by the Dutch during the 17th century.

Speaking to Semanthe, our guide at Sigiriya, I asked him about the value of World Heritage.  He responded that it supported 170 registered guides, as well as staff, souvenir sellers and other concession holders.  When I asked whether he felt that it would be better for the site not to be listed i.e. would it be better protected from the high level of tourism visitation, his answer was a definite ‘no,’ with funding used to manage the site and the World Heritage listing attracting international interest from researchers and archaeologists.

Official guides at sites are able to secure around LKR2000 ($16.40) per group and usually significantly more with an expectation of a 10% tip on top of this.  Guides are well trained, multi-lingual and highly knowledgeable.

There’s a high level of recognition and local pride in the World Heritage brand.  Other than the guides, World Heritage is valued by everyone, from tuk tuk and taxi drivers to the broader local community, who will quickly name their local World Heritage sites for visitors.

Finally, by way of comparison on costs, although I have applied a direct conversion, I should also provide some context.  On average, Sri Lankan wages for a field worker are around LKR18,000 ($150) a month and a teacher LKR35,000 ($290) a month.

And if you ever get the chance to visit?  My recommendation, would be don’t miss the Citadel of Sigiriya otherwise known as Lion Rock.  Described by some guides as the eighth wonder of the world, it’s like Ayers Rock meets Machu Picchu and was well worth the entry fees.